At some point soon I mean to sit down and write a proper post about our recent work analysing the spread of clapping behaviour in audiences. Before that though, a quick analysis about how media attention on the paper spread over time. The graph below shows the times I was first contacted by different media outlets over a period of about 2 weeks. Social contagion in papers about social contagion? Maybe there's a paper in that...

And is there some evidence of a second wave, starting from when a press release was finally released in Swedish? 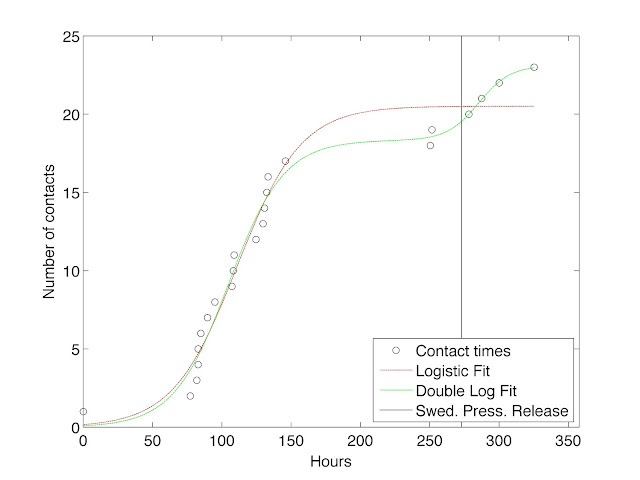 Posted by Richard Mann at 5:55 PM No comments: